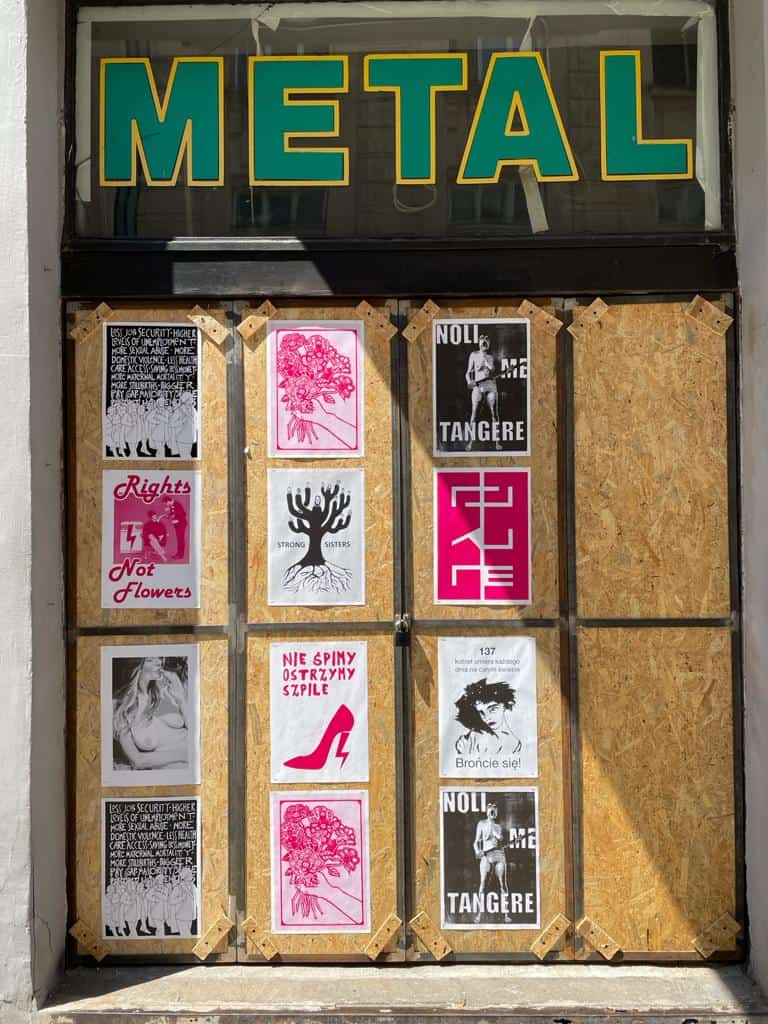 In the light of the pandemic and our inability to travel and meet in person, we, Andi Arnovitz, Jerusalem, and Cornelia Renz, Berlin, developed a outreaching and interactive artistic conversation to which we invited seven fellow artists.

Drawing on the historic precedent of political proclamations printed on paper, we seek to create a series of visual pashkevillin[i] – a yiddish broadside that is papered on public walls. Often distributed anonymously these pashkevillins bridge the gap back to medieval broadsides. In Germany these are called ‘Flugschriften’[ii] and often took the form of single page printed sheets and pamphlets. Broadsides have been of paramount importance for the (communication) culture of early modern times, and as carriers of succinct literature and imagery had an influence on almost all levels of life from the 15th to the 18th century, or, vice versa, were initiated from there. They still do so in societies that are not digitized or do not want to become digitized. Similar to WhatsApp, Twitter or other social media, they served advertising purposes, spread public messages and solid new findings as well as rumours, false reports, and have been the ideal tool to spread political and social manifestations.

Based on the historical and actual use of broadsides we want to counter the wave of digital communication triggered by the pandemic with the physical activity of printing, while at the same time establish a way to communicate and work together over a distance and use the possibility of social criticism inherent in graphics.The focus of our printed proclamations would be to highlight contemporary Feminist issues that are related but not exclusive to the rise of the far right in governments or movements in Israel, Germany and Poland and the effect these phenomenon have had on women in general (specifically a tightening of the right for women to access abortion, the control of the female image, body and sexuality) but also to take a closer look at what happened to the gender equality during the pandemic.

The actual project consists of three Israeli, three Polish and three German artists identifying as women. The nine artists each created hand-made prints (with various techniques like silkscreen or linocut) exploring a variety of feminist topics. Some address the impact of Covid on women, some the continuing fight for equality- others more specifically address controversial abortion legislation in Poland and yet others explore issues of identity. The hand-printed works are then scanned and digitally reproduced as posters. These posters are plastered on the walls of Kazimierz, the Jewish quarter of Krakow, during the Jewish Festival in July. Each poster is a work of art – but together they represent a graphic, feminist manifesto and a bold, public statement.